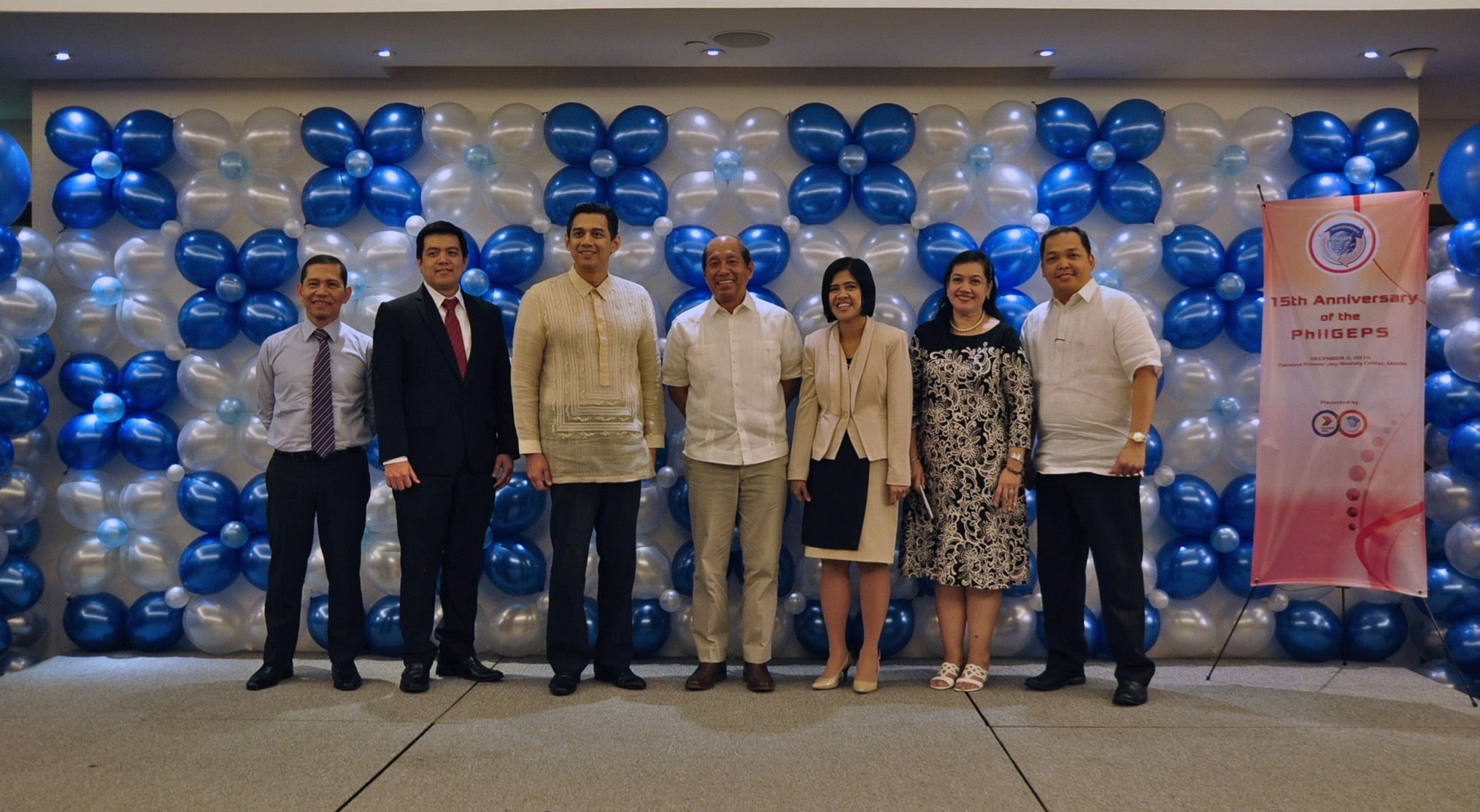 with DBM Secretary Florencio B. Abad, and Executive Director Dennis S. Santiago of the GPPB-TSO.

The Philippine Government Electronic Procurement System (PhilGEPS) celebrated its 15th Anniversary as it commemorates its establishment in 2000 through a special dinner celebration last 02 December 2015 at the Joy Ballroom, Oakwood Premier Joy-Nostalg Manila, Pasig City. The event honored government agencies and their efforts in helping ensure transparency and efficiency in government procurement.

The awardees were selected based on their compliance in posting bid opportunities and results in the PhilGEPS website for the year 2014, i.e., Invitation to Bid, Notice of Award, Notice to Proceed, and Contracts, as well as the results of the bids i.e., failed and/or cancelled. The PhilGEPS Best Practitioner Awards were given to eight most compliant government agencies under the Government Financial Institution (GFI), Government Owned and Controlled Corporations (GOCC), National Government Agency (NGA), State Universities and Colleges (SUC), Provincial Government, City Government, Municipal Government, and Barangay categories. 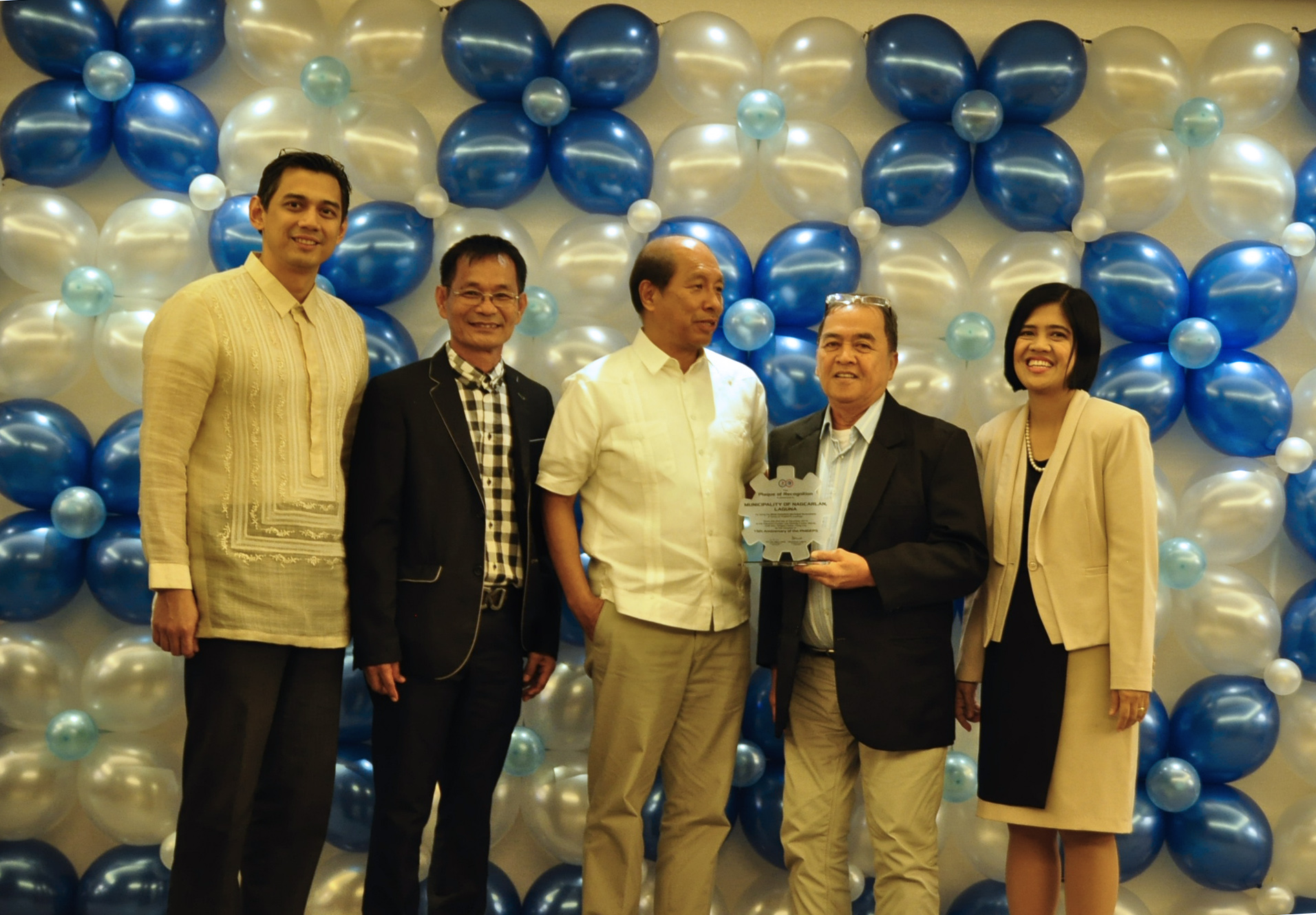 “PhilGEPS has espoused the principles of transparent and accountable operations to improve the performance of government as a whole, especially in the field of procurement, by generating huge savings and making procurement data more accessible than ever before to our people,” DBM Secretary Florencio B. Abad said in his inspirational message.

“I'm also proud to say that PhilGEPS has the most developed and comprehensive data sets in the online Open Data portal, including information on many aspects of procurement. … With this illuminating yet easily-accessible source of data, which includes mapping tools, Philippine procurement is certainly more transparent and accountable than ever before,” Secretary Abad added.

Considering the phase in which technology is evolving, PhilGEPS aspires to reach the essential goal of being the total e-Solutions provider for government procurement by soon launching the modernized PhilGEPS by the first quarter of 2016.

Secretary Abad also lauded the officers and staff of the PhilGEPS led by Executive Directors Atty. Jose Tomas C. Syquia and Ms. Rosa Maria M. Clemente for their dedication and support in the administration’s quest for good governance. “Each and every one of you have given ample cause for us to celebrate fifteen years of procurement reform and ever-improving accessibility to data,” Secretary Abad said.