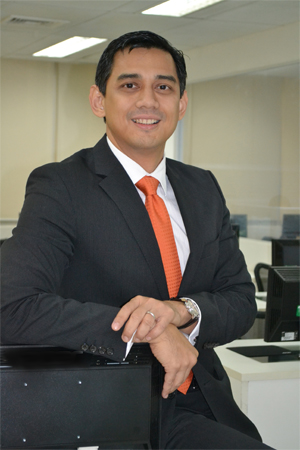 Atty. Syquia earned his Juris Doctor (second honors) from the Ateneo de Manila University in 1994, and obtained his Masters of Law in International Law from the University of Nottingham, UK in 1996, and a Certificate in Procurement (EU Public and Advance Procurement Law, Organization and Management of Procurement Systems) in 2012, also from the same university. His main areas of specialization include Securities Law and Corporation/Commercial Law, and Public Procurement.

As mandated by Section 53.5 of the Implementing Rules and Regulations of Republic Act. No. 9184, thePS is the central agency mandated to undertake an integrated procurement system for the common-use supplies requirement of the government. The PS also manages and operates the Philippine Government Electronic Procurement System (PhilGEPS). As the new PS Executive Director, Atty. Syquia is committed to further streamlining the procurement process, instituting reforms and systematizing and modernizing theconduct of government procurement.